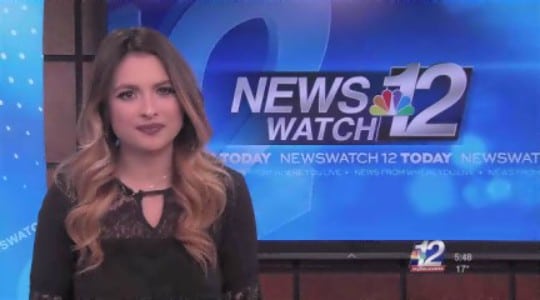 excerpt from WJFW MERRILL – 12 years ago Sergeant Ryan Jopek lost his life while deployed in Iraq. The Merrill community continues to remember its fallen solider, and on Tuesday night people remembered him in a new way at the Sawmill Brewery Company. The brewery’s newest beer is about far more than adding a new flavor. […] 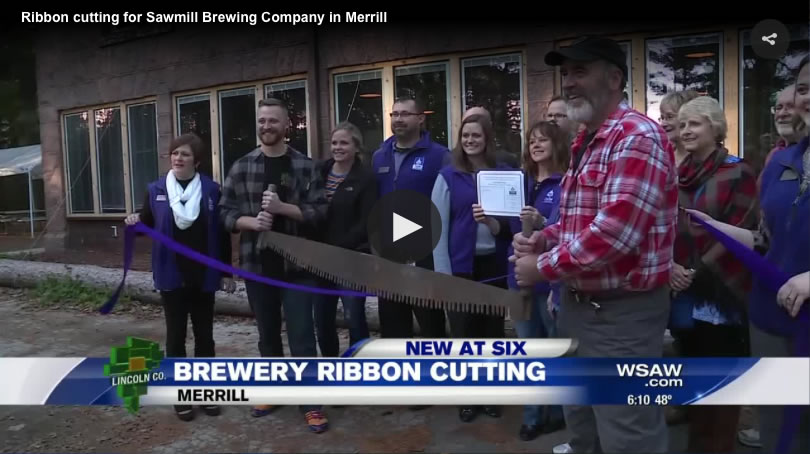 excerpt from WSAWMERRILL, Wis. (WSAW) — The Merrill Chamber of Commerce officially welcomed a new brewing company to the area despite opening earlier this year. Sawmill Brewing Company owner Stan Janowiak said he requested the ceremony be held until they were brewing their own beer, despite opening in March. Read the story and view the […]

excerpt from WSAW MERRILL, Wis. (WSAW) — Mega breweries led to Wisconsin getting a reputation for beer, but now smaller craft breweries are popping up around the state following a big trend across the country. Places like the Sawmill Brewing Company in Your Town Merrill…. You can see the broadcast at WSAW. [Note: There are […]

excerpt from WSAW MERRILL, Wis. (WSAW) — A business owner in Merrill is finding unique ways to remember the tornado that hit that community in 2011. Stan Janowiak opened the Sawmill Brewing Company in March. He renovated the old depression-era DNR ranger station on the city’s east side. And inside, the bar top and all […]

Stan and the Sawmill were featured on the March 21, 2016 broadcast at WJFW TV-12 excerpt from WJFW “I think I probably look tired, I sound tired, and I am tired,” said Janowiak. After more than a year of hard work, Janowiak opened up Sawmill Brewing Company Sunday. People in Merrill came out to support […]

excerpt from Wausau Daily Herald MERRILL – There’s a story behind practically every piece of wood at the Sawmill Brewing Co. The brewery, slated to open in Merrill on March 20 is new, but much of the decor comes from reclaimed materials or references Merrill’s history in the lumber trade. A tree that came down […]

excerpt from WXPR Built in 1940 as part of the New Deal directive, an historic building in Merrill is being transformed into a brewery. The former DNR Ranger Station is  being outfitted to house the  Sawmill Brewing Company, the name noting Merrill’s  timber past… Read about the Sawmill featured on WXPR.

excerpt from Merrill Foto News Last fall, a building once used as a DNR Ranger Station on East Tenth Street in Merrill faced an uncertain future. That is until entrepreneurial minded Stan Janowiak, a Merrill native, and his partners discovered the building up for sealed bid auction. “We set out wanting to do something positive […]

excerpt from WAOW MERRILL (WAOW) — Some investors want to convert the former Department of Natural Resources station in Merrill into a new place to have a beer, according to the city’s administrator. The old DNR station hasn’t had much use for several years after Merrill acquired it from the state… Read the article at […]